Get Quote Now
[]
1 Step 1
Previous
Next
powered by FormCraft

5 second hand car parts that can be recycled 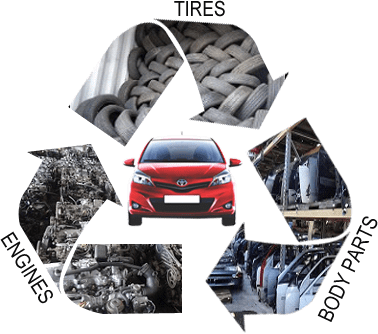 Australia has a reputation for being a country of fervent recyclers, and this global image is probably helped along by the “clean green” cliché that it shares with New Zealand. Unfortunately, some Aussies refuse to toe the line, especially when it comes to used car parts. The fact of the matter is, car parts need to be recycled as well, and there are plenty of ways that this can be done. Parts can be re-used in a myriad of ways. Or they can just be recycled in the literal sense when they just don’t work anymore, like all the aluminium parts.

If you are looking for used car parts in Adelaide then Adelaide wreckers is the best option.

Parts on the car that happen to be made of rubber can be recycled. It doesn’t even matter what condition they are in. Don’t dispose of it in the wastebasket, take it to your local recycling centre. This includes hoses, belts, tyres, gaskets and covers. If they’re in good condition just re-purpose it in another car.

Engines are another part of the car that can be recycled. Once a car is sold to a company such as Cash for Toyota Cars, they are often taken to bits via the process of dismantling, and the individual parts are then cleaned and put into the used car parts market.

The glass that goes into the windows is very recyclable. The glass is not just glass, but also PVB (polyvinyl butyral), which is a resin-like substance present as a membrane that is sandwiched between two layers of glass and works to strengthen the windshield. Via the recycling process a machine is used to completely crush the glass, pulverizing it into smithereens, and then the plastic are separated from said smithereens.

All the plastic parts in a car can be recycled. The gas tank is a part that is commonly made of plastic, and the list goes on from there: lights, bumpers, upholstery, electrical components, the dashboard etc. The plastic is normally put through a process known as melting. This requires lots of heat and should not be attempted in the living room.

And finally, car batteries are very easy to recycle, and after selling your old scrap car to a company such as sell my car Adelaide, you can rest assured that the battery in the car will be taken out and put through the appropriate system of recycling. Lead and plastic that made up the battery will then be reconstituted to make more batteries.